Harmful cyanobacteria blooms (also known as CyanoHABs) in freshwater systems are potential public health threats in nearly every state in the U.S. due to their presence in drinking and recreational waters.  The presence of high levels of cyanotoxins in drinking water can cause gastrointestinal complications, liver damage, neurological symptoms, and potentially even death, and CyanoHABs have been linked to deaths of both wild and domesticated animals, including multiple dog deaths.

Recreational exposure to toxic CyanoHABs via direct skin contact, inhalation, or inadvertent ingestion of water can cause a broad range of medical issues for people working or recreating on the water.  Toxins can also be transmitted via food raised in or irrigated with contaminated water.  The long-term effects of exposures to these toxins are not well known.  Because the adverse effects of cyanotoxins restrict their use in experimental studies, it is difficult to develop scientifically-based safety guidelines for human ingestion and inhalation. 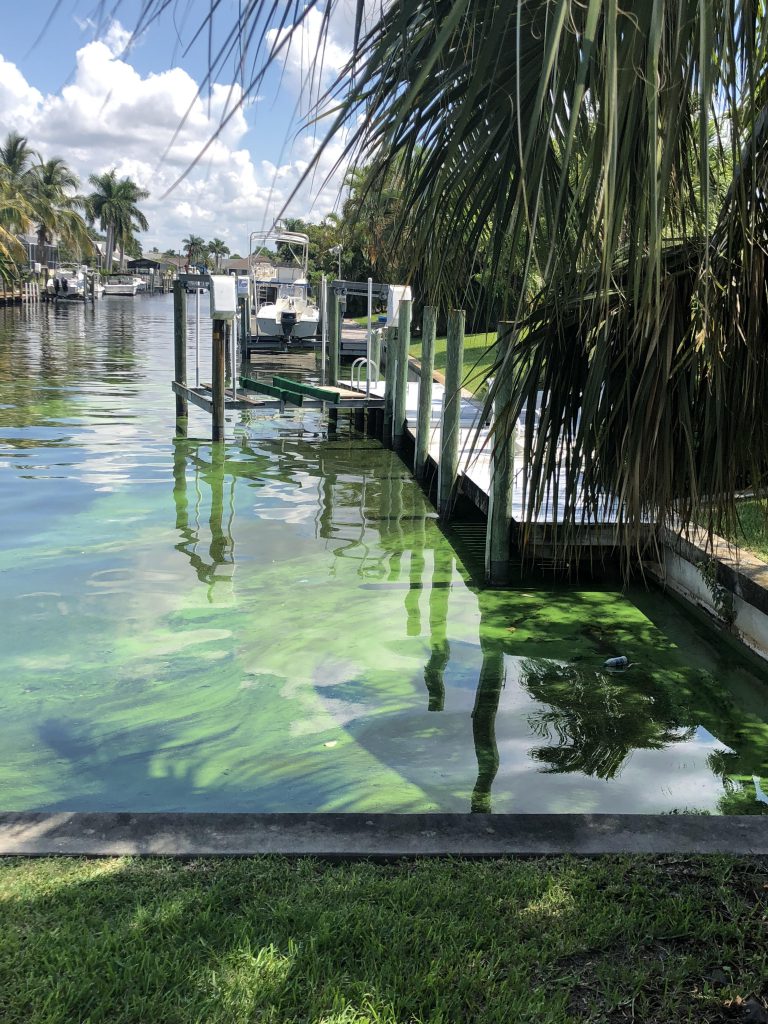 CyanoHABs encompass a multitude of species, and therefore the toxic byproducts of the blooms can range from mild irritants to hepatotoxins and neurotoxins, depending on the species.  Mild reactions include rashes and allergies.  Vomiting, nausea, fever, myalgia, hallucination, liver and kidney diseases and cancers, and neuromuscular problems are all symptoms of more severe CyanoHAB exposure.  In 2015, a study of the contiguous US found a statistical link between local cyanobacteria blooms and clusters of deaths due to non-alcoholic liver disease.  The discovery of CyanoHAB impacts like this one are ongoing.

The public health threat is potentially intensified when standard water treatment technologies do not effectively remove these toxins.  In some cases, water treatment can exacerbate the problem rather than alleviate it.  For example, the use of copper sulfate as an agent to control a bloom may, in fact, disrupt cells and release toxins into the water.  However, it is not known how often toxin-producing blooms occur in drinking water sources and publicly accessible ponds, or if most standard drinking water treatments reduce toxin concentrations sufficiently to protect public health.  It is also unclear whether the public is being routinely exposed to very low levels of these toxins in drinking or recreational waters or what the range of long-term impacts might be.  For these reasons and because cyanobacterial toxins are extremely potent, the U.S. Environmental Protection Agency (EPA) has included selected cyanobacteria and cyanobacterial toxins on their Contaminant Candidates List.  This requires data solicitation to assess the occurrence of these toxins in drinking water sources and treated drinking water, the health effects associated with these exposures, and analytical methods for detecting these toxins in water. Legislative mandates in the Safe Water Drinking Act and the Clean Water Act require attention be paid to the presence of potentially harmful substances in drinking and recreational waters; however, specific guidelines or regulations for these toxins have yet to be enacted.

The benthic cyanobacteria genus Lyngbya includes noxious species found in both marine and freshwater habitats.  In marine environments, Lyngbya majuscula forms large  clumps or mats of fine strands that attach to seaweed and rocks, also known as "mermaids hair".  This species is found in tropical and subtropical ecosystems worldwide, and can cause contact dermatitis and legions.  Aerosolized toxins can also cause respiratory irritation. Through the accumulation of gas bubbles, clumps of Lyngbya can rise to the surface to form large floating mats, which can wash up on beaches often mixed with seagrass.

Exposure to Lyngbya often occurs during recreational swimming, and can cause skin, eye, and respiratory irritation. People who have come into contact with Lyngbya may complain of a stinging, burning or itching sensation within minutes to hours after exposure. Affected areas may appear red and swollen, and small blisters may form. In severe cases, affected skin may peel off.  Reddening and swelling of the conjunctiva of the eye and the mucous membrane of the nose may also occur if those parts of the body have direct contact with Lyngbya.  Because of the potential for severe irritation, boaters should avoid swimming or wading in areas where Lyngbya is growing or floating in the water and should not have direct contact with material washed onto the beach.