Distribution of HABs in the U.S.

Reports of harmful algal blooms in U.S. waters and around the world have drastically increased in the past four decades. Researchers attribute the increase to pollution, coastal development, and other factors, as well as improved detection and awareness of HABs by coastal monitoring programs.

The maps on these pages depict the various HAB poisoning syndromes and other impacts that occur in specific areas. Each "Event" noted on the map is considered to be something that constituted a quarantine, closure or management decision where toxicity was detected exceeding regulatory limits.   These data are compiled annually by the National HAB office, and entered into the Harmful Algae Event Database (HAEDAT) maintained by the ICES Science and Communications Center in Vigo, Spain. 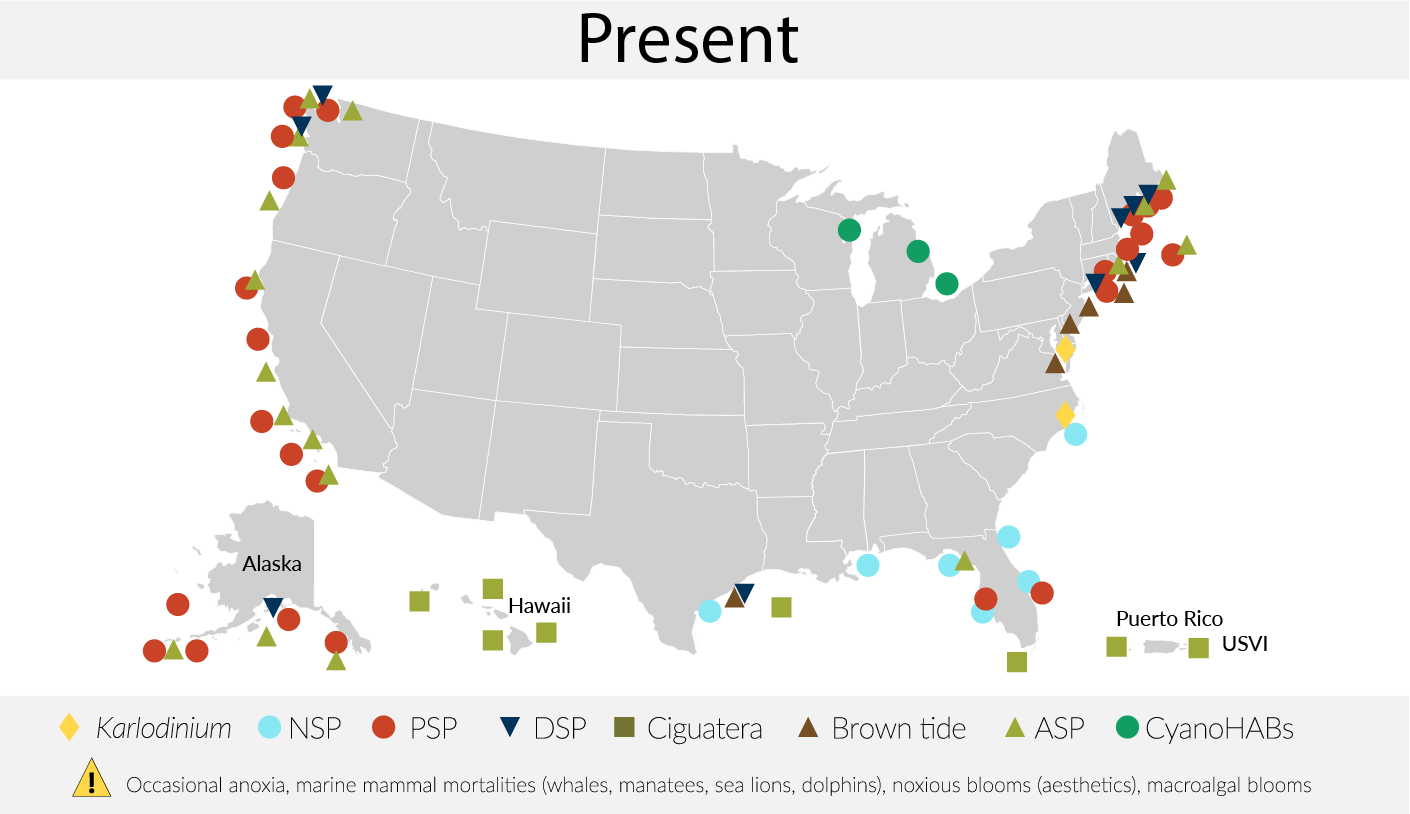 All 50 states are impacted by cyanobacteria HABs (CyanoHABs), typically in multiple water bodies.  The same is true for at least 23 states impacted by golden algal blooms caused by Prymnesium parvum.  It is not practical to indicate the location of each CyanoHAB, so widespread problems are denoted for the Great Lakes only.  Click here to compare recent trends with pre-1972 reports.

The following maps depict the frequency of specific HAB problems along the U.S. coast over the last ten years. These data are updated annually to generate a time series of the events. Click here to view world maps.  An excellent interactive map of CyanoHABs in freshwater systems is available through the non-profit Environmental Working Group, and can be accessed here. 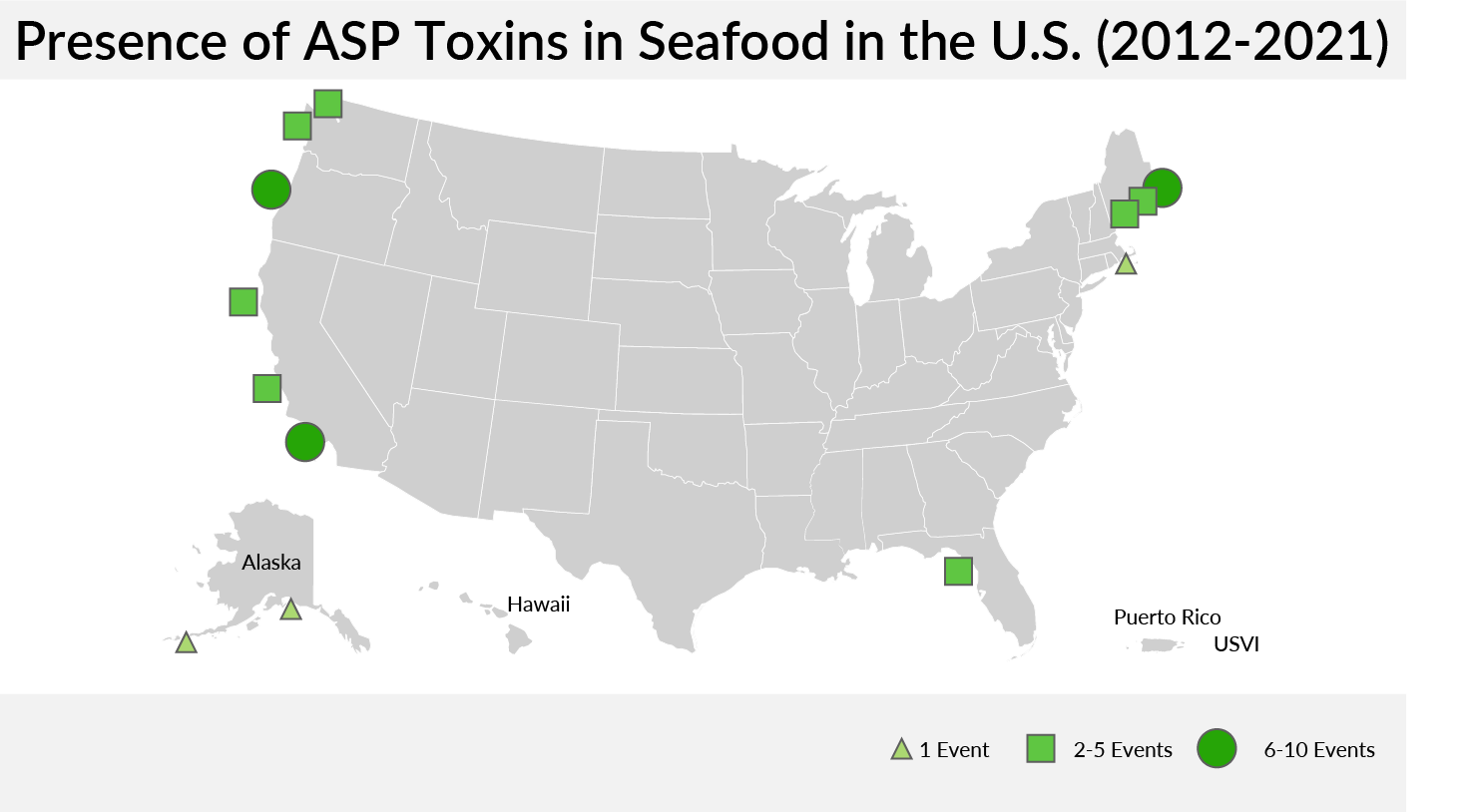 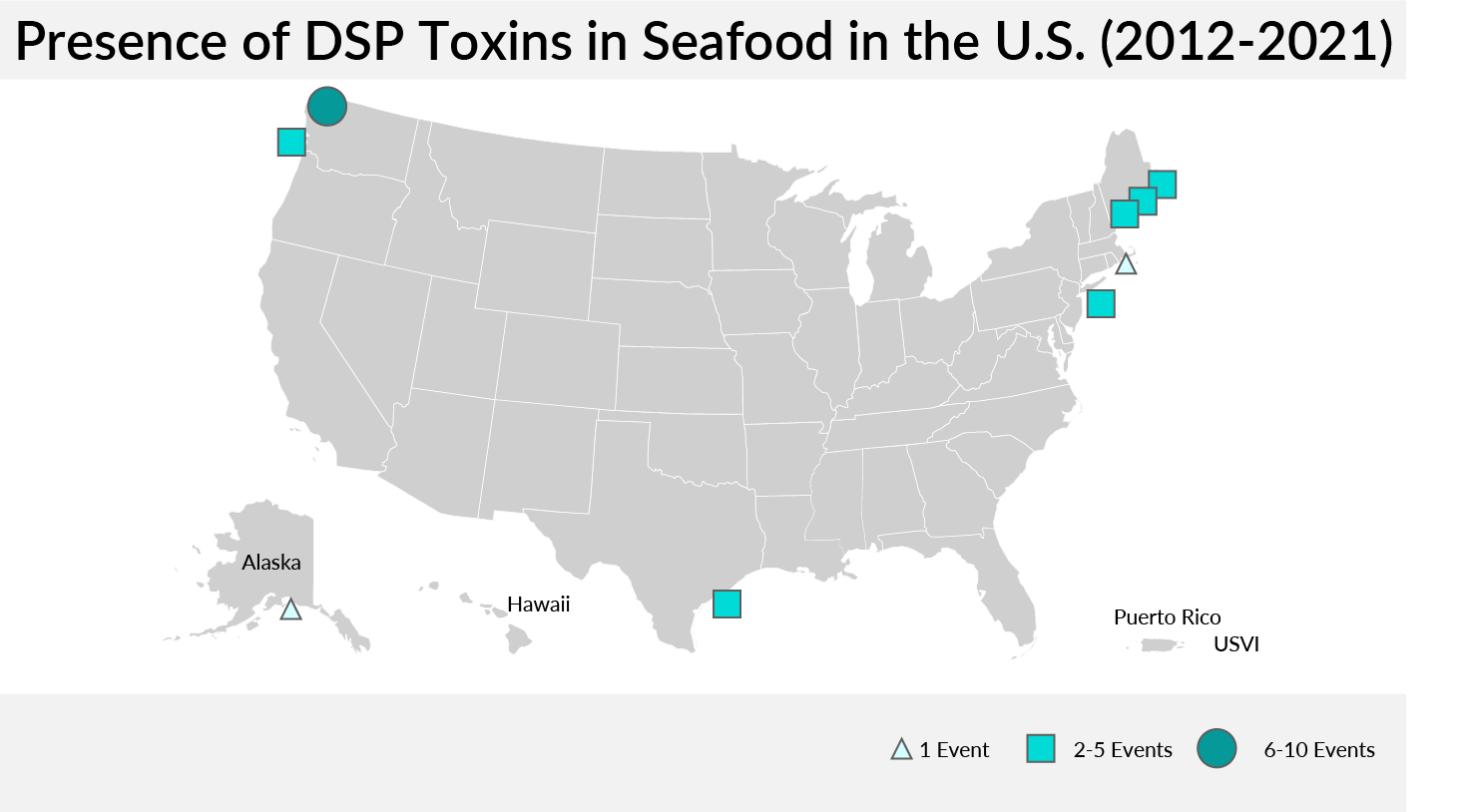 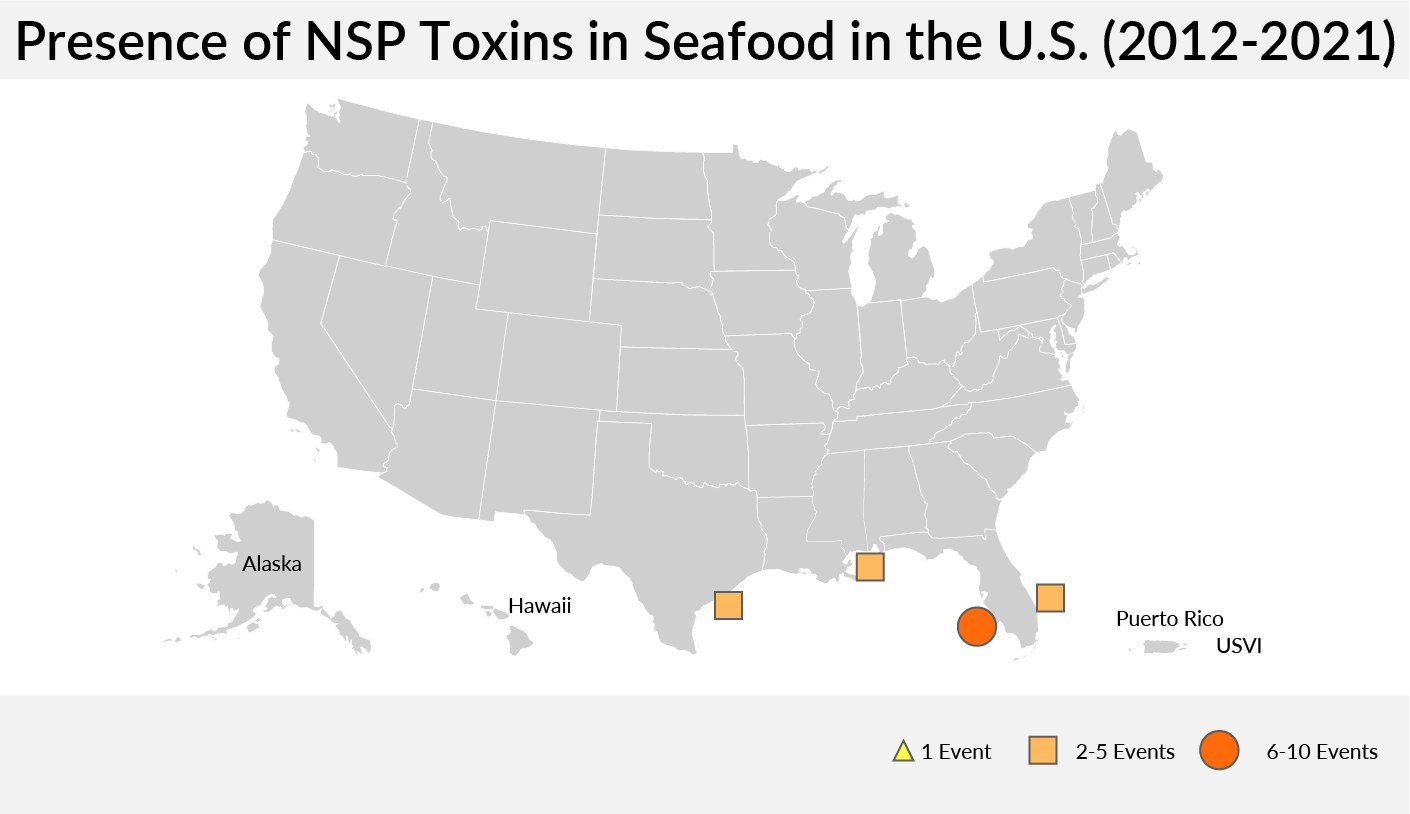 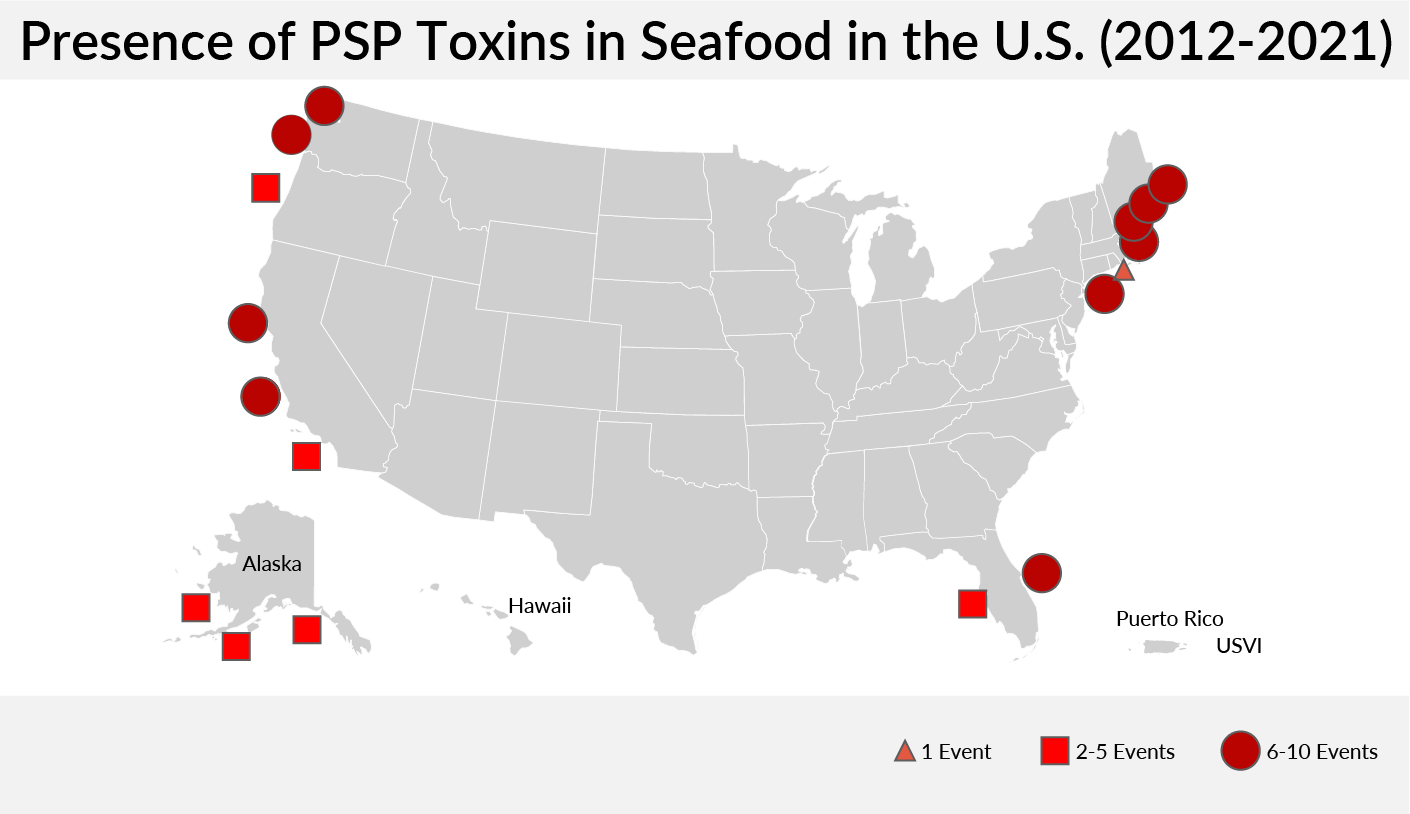