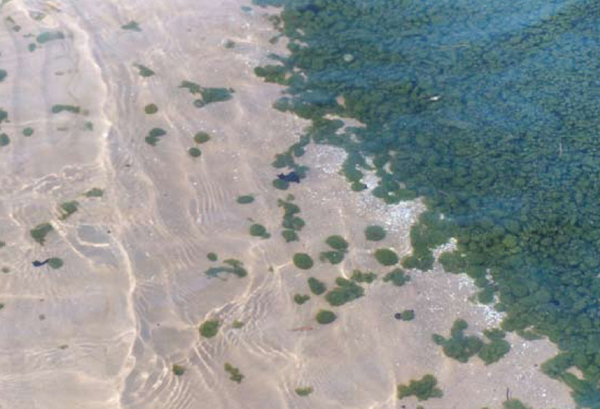 Freshwater harmful algal bloom taxa are comprised of algae that either create health hazards for humans and animals, or degrade aesthetic and recreational values through the deterioration of water quality.  By far the most problematic group, and most researched, of freshwater HABs are the cyanobacteria (formerly called blue-green algae), which form high biomass blooms and/or produce toxins, as well as taste-and-odor compounds.  These blooms, also known as CyanoHABs, have caused human illness and death, widespread animal mortalities, and adverse ecosystem and economic impacts in the U.S. and worldwide.  However, other non-cyanobacterial freshwater HAB taxa also cause harm either by producing toxins that kill fish and other aquatic organisms or by forming high biomass blooms that can cause hypoxia (low dissolved oxygen) and degrade water quality in other ways.  Algae proliferate when multiple interacting biological, chemical, and physical factors act synergistically to create an optimal growth environment.  Those optimal growth conditions vary among algal species, even within the freshwater HAB taxa.  While HABs occur naturally, human actions that disrupt ecosystems in the form of altered nutrient regimes, modified hydrology, introduced species, modified food webs, increased pollutant inputs, and climate change have been linked to the rise in some freshwater HAB outbreaks.

Several prominent non-cyanobacterial freshwater HAB species and their impacts to U.S. lakes and rivers are reviewed below.  These include some species of haptophytes, dinoflagellates, green algae, raphidophytes, euglenophytes, and cryptophytes.  While many are restricted to freshwater lakes or rivers, some of these species bloom in brackish waters, as well as inland waters of higher salinity, such as the Salton Sea.

Nuisance species of the green algae Chlorophyta include both macro- and microalgae.  The macroalga Cladophora is widely distributed throughout the world's freshwater ecosystems, and is a recurrent problem in the Great Lakes.  Cladophora forms foul-smelling nuisance blooms that are deposited on beaches, clog water intakes, and potentially harbor pathogens, such as E. coli bacteria.  Economic impacts also result due to lowered beach use.  It is hypothesized that the resurgence in the Great Lakes may be due, in part, to increased water clarity caused by the introduction of the zebra mussel.  Other potential causes include possible increased nutrient inputs, increased water temperature, and changing lake level.

Euglenophytes can be found in fresh, estuarine, and marine waters and are most common in slow moving or still waters with high nutrient concentrations.  Blooms are most likely to occur during summer in freshwater ponds and other systems that receive nutrient-rich waste or runoff, and many species of euglenophytes are considered indicators of organic water pollution.  Euglenophyte blooms may color the water green, reddish brown, or red and are generally not toxic, but some freshwater euglenophytes have been implicated in fish kills presumably due to the production of an ichthyotoxic compound. The toxins produced by euglenoids are only recently being studied, but have been found to exhibit a range of biology activity, including necrotoxicity and hemolysis.

The marine raphidophyte Chatonella, which has caused fish kills in Japan and Australia, has also been linked as a potential cause of fish kills in the Salton Sea, which is a saline but inland water body in California. The freshwater raphidophyte, Gonyostomum semen, and the freshwater dinoflagellate, Peridinium polonicum, form nuisance blooms, with the latter causing fish kills. Impacts from species have largely been described in other countries, but both have the potential to cause problems in the U.S.  For example, Peridinium polonicum blooms have caused water discoloration in Oklahoma, but have not been associated with fish kills in the U.S.  Cryptophytes often form blooms that discolor the water but are not toxic and generally are not harmful.